The wind resource and soil conditions in particular are often investigated when planning the exact sites of individual wind turbines within a planned offshore wind farm. The Fraunhofer IWES employs acoustic methods to characterize the subsurface, thereby contributing to efficient and cost-effective planning. For precisely this reason, the Federal Maritime and Hydrographic Agency (BSH) has been continuously commissioning the IWES to perform the preliminary investigation of wind farm sites since 2017. The IWES has built up and consolidated its expertise in the field in more than eight years of research collaborations with scientific and industrial partners.

The entry into force of the German Offshore Wind Energy Act in October 2016 went hand in hand with a paradigm shift in preliminary site investigation. Up until that point, the BSH had put the wind farm sites out to tender directly for development, and the wind farm developer had been responsible for all the preliminary investigation work. Since 2017, the BSH has been awarding the preliminary investigation work to different service providers directly with the objective of publishing the data basis as soon as the site is put out to tender. The first site tender is planned for spring 2021. The aim is to make the process more transparent for potential wind farm developers by providing additional information and thereby promoting competition. The German federal government’s hope is that greater planning security will allow the individual construction projects to be implemented faster and more reliably. Correspondingly, the aim is to achieve the goal of 20 gigawatts (GW) of installed capacity by 2030.

The IWES has already been researching and developing seismic measuring methods for the geophysical subsurface investigation of offshore wind farms in close cooperation with industry and science for more than ten years now. The measurement technology and environmental research work group at the University of Bremen, which began specializing in high-resolution seismic measuring methods at an early date, is worthy of particular mention here.

Marine seismics was optimized by the hydrocarbon industry for the exploration of gas and oil fields for decades. However, the wind farm industry’s needs are significantly different: whereas hydrocarbon reserves are found at considerable depths and fields often span many kilometers, wind farm developers focus on the first 100 meters below the seabed and want to detect small-scale variations and complex structures just a few meters in size. These may be glacial channels, former river courses, or layers of peat, which are not particularly thick, but are distributed over a larger area and can therefore have an influence on the turbine locations. In order to achieve the required resolutions, the experts in the Subsurface Investigations department employ a multichannel seismic measuring system tailored specifically to the requirements of the North Sea and Baltic Sea. The primary components of this measuring system are a sound source and a receiver module, also known as a streamer, which is dragged behind the boat.

The team uses a sparker, which produces an acoustic signal in the water by releasing an electric charge, as a source. This signal travels through the water column, penetrates the seabed, and is reflected by every stratum boundary in the substrate. All the reflections are recorded by small sound receivers in the streamer. The use of many receivers and their arrangement in the streamer means that individual points in the substrate are recorded multiple times. This minimizes background noise and makes it possible to record and reconstruct even filled channels and valleys cleanly. The system’s modular design can be tailored to suit the specific client’s requirements.

Data processing already starts during the surveying. This year, a proprietary software solution for the real-time georeferencing of the data is being employed for the first time. The surveying focuses on the best possible structural mapping of the subsurface. In the shallow marine area of the North Sea, special attention is paid to suppressing disruptive multiple reflections and the negative influence of the wind, waves, and tidal cycles on the quality of the data. The modular structure of the processing software allows the scientists to face these specific challenges and find optimal solutions by integrating modules they have developed themselves.

The spatially recorded structures along the profile lines are interpreted in the subsequent evaluation. These structures may be glacial channels, former river courses, or even glacier deposits among other things. The composition of the deposits, e.g., sand, clay, or peat, also plays an important role, as it can have a decisive influence on the foundation structure or planned locations under certain circumstances. These interpretations are then used to propose drilling sites so as to be able to drill all the important units in the geotechnical investigation and determine the respective properties at the different locations. The seismic results are ultimately used to produce a subsurface model, which can be used to compile a risk analysis for the development project.

However, the possibilities for applying the IWES’ seismic measurement methods are far from being exhausted with the specialization in offshore wind farms subsurface investigations. Consequently, the subsurface investigations scientists have also investigated the possibilities of locating and characterizing objects (e.g. cables, rocks, and explosive ordnance) using seismic methods in ongoing research projects. This method makes it possible to reduce uncertainties in the subsurface significantly, thereby lowering the risk during project development. This cost reduction has an immediate effect and therefore promotes the advancement of wind energy. 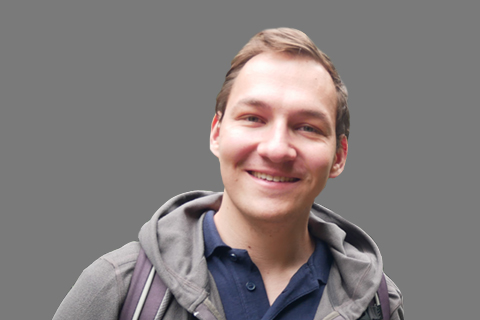